I was so proud to see so many young people, both Chinese Canadian and non-Chinese, so passionate about saving Chinatown savechinatownyvr that they came out to speak last week at the Public Hearing on the rezoning proposal for 105 Keefer. Their commitment and the intelligent and cogent points they made really give us all hope that the future of Chinatown, and of the city of Vancouver, is in the hands of thoughtful, engaged, and resilient young citizens who care about the society in which they live.

There were two great opinion pieces written by Daphne Bramham in the Vancouver Sun about Chinatown:

From the last list that I saw, over 250 speakers had signed up, the overwhelming number of them opposed to the rezoning proposal. The outpouring of impassioned engagement, however, is itself a sign of a healthy democracy and I hope that whatever decision City Council makes, that all of those who have organized themselves, taken care of each other with food and support both virtually and in person, will continue to struggle for what they believe is right. Ganbatte! 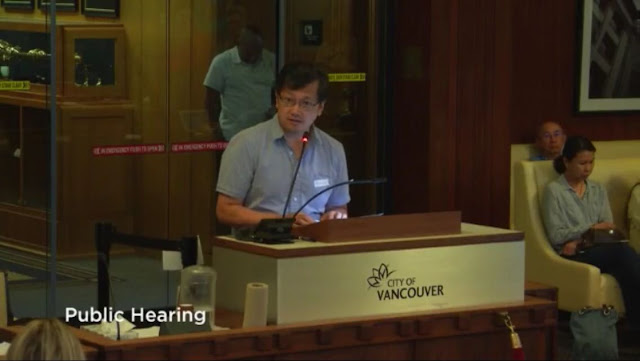 My original text of remarks that I read as Speaker #116 on Friday, May 26: