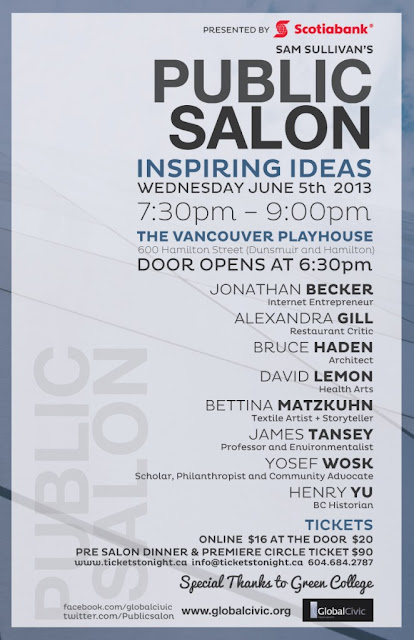 Event organized by The Mainlander, 7pm on Monday, June 10th at the SFU Harbour Centre.
A forum highlighting the complex nature of the affordability crisis and the need to popularize alternative explanations that go beyond historic scapegoating. Jackie Wong spoke to the experience of low-income Chinese seniors and renters in Vancouver, while Mainlander editor Nathan Crompton provided an overview of the past and present use of racism to obscure housing issues through scapegoating. UBC researcher Pablo Mendez gave an introduction to housing demographics and the causes behind housing price increases in the Lower Mainland.


Nathan Crompton's articulate and well-researched series of articles appeared in April 2012 in The Mainlander:


At different points throughout the 125 years of its history, colonial Vancouver has blamed its problems on others. The relation between “citizens” and “foreigners” underlying the identity of Vancouver has been at times explosive – as when anti-Asian riots attacked Chinatown and Japantown in 1907. Flashpoints occurred again in the 1880s, the 1900s, the 1930s, the 1970s and 1990s, always with the same result: to draw up new lines of exclusion and discrimination while deepening the political disorientation of the times. At other moments the relationship has been segregated but passive, embedded in the habits and rituals of the city. Today, when it is assumed that xenophobic movements could not gain the same momentum as 100 years ago, the penchant to blame “foreigners” for local problems continues. In an assessment of contemporary Vancouver, Henry Yu once asked presciently, “is Vancouver the future or the past”?[1] If the question reads like a riddle, it is because the answer is equally uncertain. As extreme-right movements today pick up momentum in Europe and elsewhere in the context of financial crisis and long-term economic stagnation, it is now more than ever that we should examine global and local histories of racism and xenophobia...