Fraser River Rafting for Ages 8 to 82

The Fraser River "Cedar and Bamboo" Raft Expedition--organized by UBC student Liz Cheong for the New Pathways to Gold Society and the Chinese Canadian Historical Society of British Columbia--was a great success. We had participants from ages 8 to 82, with three of the dozen rafters above the age of 70, and three teenagers, all eager to have a unique experience that combined the fun and excitement of rafting on the Fraser River with the educational experience of visiting rarely seen historical sites from the Gold Rush and the building of the Canadian Pacific Railway. Some of the intricately built stone walls used by Chinese miners to create water ditches to look for gold over 150 years ago still remain intact as if they had just left yesterday. Trails that they had created through walking back and forth across the forests every day still show in the landscape.

For the Chinese Canadians who took part in the expedition, being able to literally walk in the footsteps of Chinese miners and labourers was often a moving experience. Imagining the hard work that it must have taken to travel up the Fraser River and work together to build such impressive walls transformed history lessons from school into something much more real for the children and teens who went on the trip. Teenagers James and Hovy Qiu talked about how they learned things that they had never been taught in social studies about the importance of Chinese Canadians in the Gold Rush and in building the railway, and Hovy remarked that seeing the work that had gone into the stone walls at Browning reminded him of the feelings he had when he saw the Great Wall of China.

For Mylo, the youngest member of the expedition at age 8, riding the river rapids was the funnest part of the trip. At first, he had been "scared thinking about Hell's Gate" but by the end of the trip, he was riding at the front of the boat and eager to rush to the next rapids!

Chloe, age 9, loved the feeling of camping on the beach and being able "to see so many stars" that she had never seen living in the city, and realizing how bright the full moon really was at night, "like a big lamp."

From the impressive historical sites left by Chinese miners, to the exhilarating rapids at Hell's Gate and Sailor's Bar, everyone had fun and learned about just how important Chinese migrants up the Fraser had been to B.C. history, and how they engaged with the First Nations up and down the Fraser. The "Cedar and Bamboo" name for the expedition refers to the film made by CCHSBC, produced by former Board members Jennifer Lau and Karin Lee, and directed by Diana Leung and Kamala Todd, that told the story of the long history of Chinese-Aboriginal  interrelationships in B.C.

For Dr. Henry Yu, born and raised in British Columbia, being able to see history come alive along every step of the Fraser River was a once in a lifetime experience. "I study this every day of my life, but it's a totally different thing to read it in a book versus seeing and touching it right in front of you." He thought of his own great-grandfather travelling up the Fraser to Lillooet, where he had worked in logging and mining camps, and became emotional when he realized that he might be walking in his very footsteps. For Dr. Yu, the trip brought together in a profound way his work as a scholar of history and his own personal history as a descendent of pioneer Chinese Canadian migrants.

The expedition also involved students and researchers from UBC who made a film focusing on the experiences of the Chinese Canadians on the trip as they explored the rich history of the Fraser River and the importance of relationships between Chinese and the First Nations who lived there. CCHSBC's student representative Sarah Ling, a graduate student at UBC who researches Chinese Canadian farms on Musqueam reserve at the mouth of the Fraser River, brought a unique perspective on the trip, noting how Chinese migrants 150 years ago were respectful of the customs and land of First Nations where they mined and worked. They would dig for gold while being careful to leave "sacred sites untouched" and built good relations with local First Nations communities, in contrast to the way that many of the other miners treated indigenous peoples. Sarah was the recent recipient at UBC of the Chinese Railroad Workers Commemorative Scholarship, and so being able to see first hand on the banks of the Fraser the railroad that the Chinese built was a fitting way to honour the workers for which the scholarship was endowed.

For Chinese Canadian elders Larry Wong, author of Dim Sum Stories, and Lily Chow, author of Sojourners in the North and other important books about Chinese Canadian history in B.C., the river raft trip might have seemed too much a challenge for those in their senior years, especially for 82-year old Lily Chow. But it was "worth it to see these important historical sites." In fact, they worried about the need to create some kind of preservation policy to make sure that future generations will be able to see and study these invaluable sites. Without protection, this important history will be lost and younger generations like those who went along on this trip will not be able to have the same learning experience.

The New Pathways to Gold Society supported the expedition, as well as commissioning young film makers Alejandro Yoshizawa (former undergraduate at UBC who first made oral history films in Prof. Yu's history classes and whose documentary shorts for "Chinese Canadian Stories" was nominated for a Leo Award in 2012) and Farzine Macrae to create a video chronicle of the groups trip down the Fraser. Yoshizawa put together a quick preview of  some of the footage from the trip, https://vimeo.com/73050762, but expect in the coming months a series of short films as well as educational resources about the important historical sites along the Fraser late next year. The plan is to work with teachers to create fun and yet informative learning materials that highlight the relatively unknown stories of Chinese migrants and their engagements with the First Nations throughout British Columbia. If there is interest, CCHSBC may organize an annual expedition exploring important Chinese Canadian historical sites along the Fraser River.

UBC student Liz Cheong, who worked with Prof. Yu in the "Chinese Canadian Stories" project which CCHSBC supported, did a fantastic job organizing the the expedition, creating everything from the initial proposal to the budget and daily itinerary, even enlisting her own sister Sincere to come along! Liz did all of this despite the fact that she was headed to London for a semester abroad just three days after the Fraser River trip! Liz summed up the meaning of the trip to her, capturing the sentiments of many who were fortunate enough to go:

"I had a really great time on the trip. It was a privilege to be able to visit the places that we did and I feel like everyone should have a chance to witness in person the beauty and rich history of the Fraser River corridor. Even if I wasn't Chinese, I would've been impressed by sites such as Browning's Diggings and remnants of the Cariboo Wagon Road; but because so many of the miners and workers were Chinese, I was truly inspired and felt a sense of connectedness to the region. The river raft journey was also very exciting! I think everyone, no matter what age, had a blast." 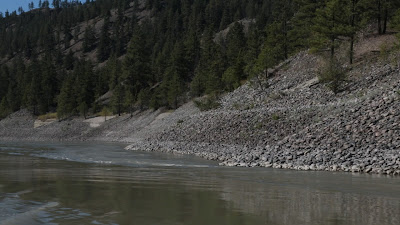 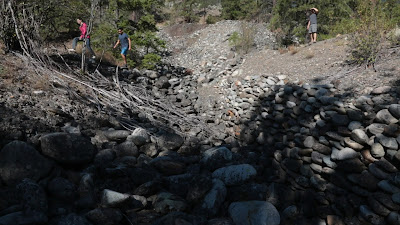 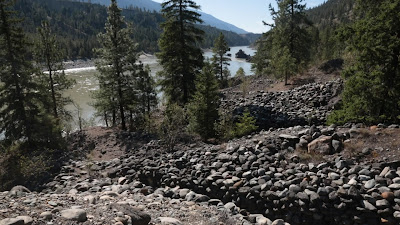 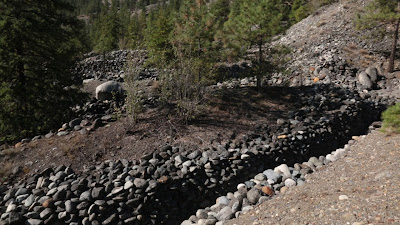 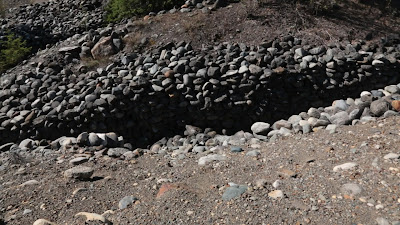 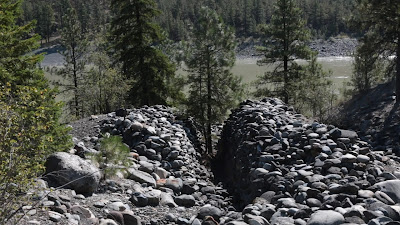 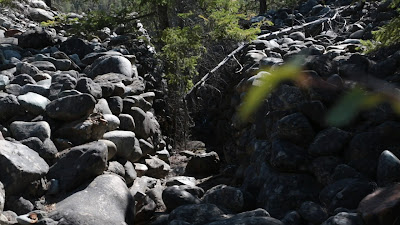