Do only the "wrong kind of Asians" suffer from racism? 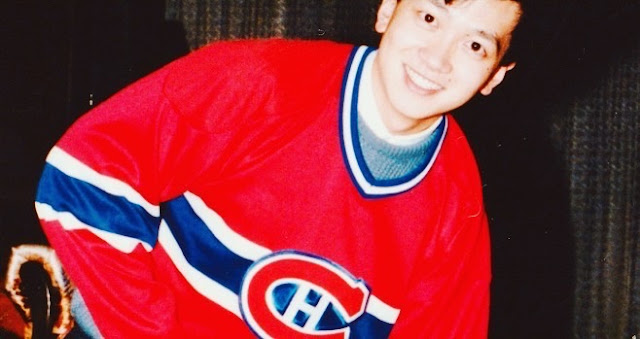 When my family moved from East Van to Victoria when I was a kid, we went from a school that had Chinese, Italians, Romanians, Vietnamese, Slovaks, Slovenians, Ukrainians and every other kind of all over the place, 'just trying to fit three generations into a Vancouver Special' families, to a neighborhood where there was one other Chinese Canadian family in my high school, and one Punjabi Sikh Canadian that too many people insisted on calling a “Paki” or a “Hindoo,” one Iranian Canadian family, one Palestinian Canadian family, one Black Canadian family, and everyone else was “white” and “Canadian” without a modifying adjective. Even among my best friends, one who kept insisting his family was Ukrainian and another that he was French Acadian from Nova Scotia were just generically “white” at almost every moment that mattered.

So many Asian Canadians right now are afraid of being the target of violence—verbal and physical. We hope that we are the “right kind” of Asian—Hong Kong not Mainland Chinese, born here not an immigrant FOB, Speaking English without an “accent,” over achieving and fitting in because you went to the right school, got into the right program, played the right sports (hockey not badminton). You were careful not to be the #wrongkindofasian and you thought you had made it, were exempt. 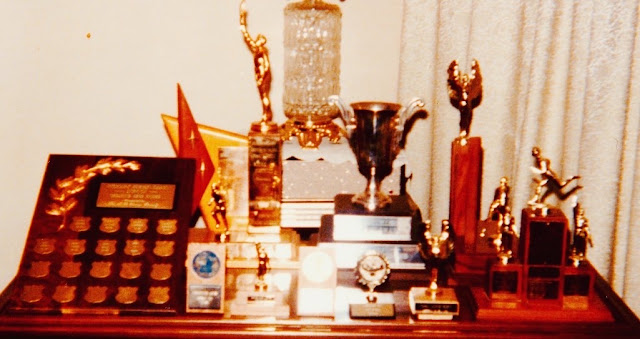 At the award ceremony at the end of Grade 12, I was recognized for being voted Student Council President, the point guard and co-captain of the basketball team, the captain of the track team—the trophies above were for Best Creative Writing, Sportsman of the Year, the Top Sportsmanship trophy, the Top Citizenship trophy, and six other trophies that I can no longer remember what I got them for; I received the Spackman Scholarship from the B.C. Minor Football Association, and the TS McPherson Entrance Scholarship from UVic.

And if I’m on the street and someone wants to unleash their fury about CoViD-19 on the “bat-eating Chinese” who “caused” it, none of that will matter. Not being a Vancouver Canuck fan, or a Montreal Canadiens fan, or being popular, or fashionable or funny, or able to drink without turning red.

There is no right kind of Asian, no model minority. This is how racism works.

Coronavirus racism: Go back to China, attacker said, as he punched indigenous Vancouver woman who sneezed

Ian Young in Vancouver
https://www.scmp.com/news/world/united-states-canada/article/3085148/coronavirus-racism-go-back-china-attacker-said-heI was heartened to see the instantaneous response from Grand Chief Stewart Phillip, President of the Union of B.C. Indian Chiefs (UBCIC) standing in solidarity with those targeted by anti-Asian racism and calling for a stronger response.https://www.ubcic.bc.ca/covid_19_is_no_excuse_for_hate_ubcic_demands_stronger_stand_against_racismIn the South China Morning Post article, Dakota Holmes, daughter of Don Bains (who served with me in the Legacy Initiatives Advisory Council after the Province of BC’s formal apology for historical anti-Chinese legislation and discrimination in 2014), said something so brave and inspirational about the resilience that those continually experiencing racism in Canada have to develop just to be able to live day to day:

‘...that as traumatic as the incident had been, “I’m kind of glad it happened to me and not someone else” because as an indigenous person she had a lifetime of experience with racism. “I’m used to it. It’s another day in my life … even though he got the race wrong, I’m still used to it.”Holmes said she had previously been mistaken for being Asian “but not like this.”“The only reason I’m sharing this story is that racism is not OK. If anyone else experiences something like this they should speak out. We’re all in this together.”’
Posted by Prof. Henry Yu at 4:26 PM No comments:

Not a case of mistaken identity

Indigenous woman says she was punched, told to 'go back to Asia' while walking in East Vancouver

Anybody who wants to can quote me as a “historian” of anti-Asian racism and the politics of white supremacy:

“Why do we think this is a case of mistaken identity? White supremacy historically has relied on defining non-white ‘races’ as abstract categories that generally are not coherent and blaming non-whites for things that aren’t their fault. That’s what racism as a tool for white supremacy means. Its never a ‘mistake’ to ‘get the wrong non-white’ and we should pause whenever we begin to think that something has gone awry in situations like this--as if, if the target had actually been ‘correctly’ identified as Chinese that we should be less perturbed because it somehow made sense.”