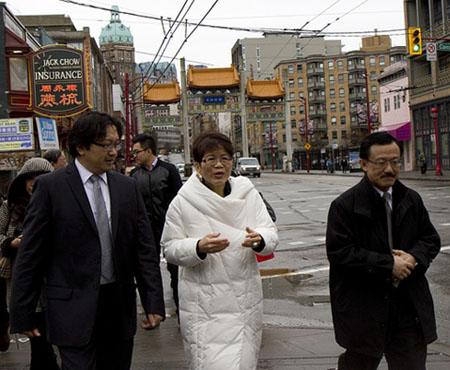 In partnership with Heritage BC, and the Ministry of Forests, Lands and Natural Resource Operations Heritage Branch (FLNRO), the Historic Places project formally acknowledges and promotes the heritage values of places of significance to Chinese Canadians and recognizes places of outstanding provincial significance on both the BC Register of Historic Places and the Canadian Register of Historic Places. Formal acknowledgement serves as an opportunity to celebrate British Columbia’s diversity, and recognize the contributions of Chinese Canadians to the prosperity and diversity of the province - both past and present.

In early 2015, the Province launched a public nomination process through Heritage BC to identify historic places associated with the Chinese Canadian community in British Columbia. A total of 138 nominations were received for 77 distinct places. Of these, places with outstanding provincial significance will be acknowledged under section 18 of the Heritage Conservation Act by the Government of British Columbia and placed on the provincial and national heritage registers. Sites that are chosen will be announced to the public in late 2015.