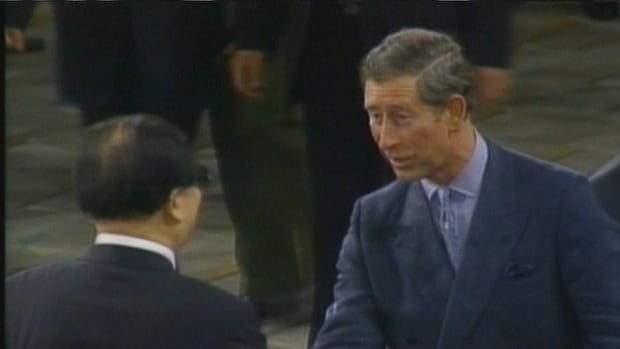 Prince Charles shakes the hand of then Chinese leader Jiang Zemin on June 30, 1997, hours before the People's Republic of China officially took over governance of Hong Kong from the UK. The move sparked the migration of thousands from Hong Kong to Vancouver. (CBC)

Strolling through Vancouver's Kerrisdale neighbourhood, historian Henry Yu reflects on how immigrants from Hong Kong have helped shape the city over the past two decades.
"Vancouver is one of the main places that a lot of Hong Kong Chinese came to, and Kerrisdale, you could say, was ground zero in Vancouver of that transformation," said Yu, a history professor at the University of British Columbia. 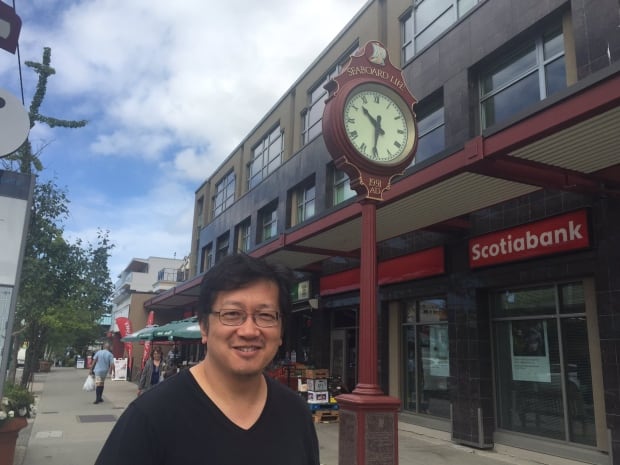 UBC history professor Henry Yu says Chinese immigrants from Hong Kong who settled in Vancouver neighbourhoods like Kerrisdale helped make the city what it is today. (Margaret Gallagher/CBC)
The transformation, he said, included changes to housing, schools and businesses.
Thousands of Hong Kong Chinese settled in Vancouver in the late 1980s and early 90s because of uncertainty about what would happen when the United Kingdom handed the governance of Hong Kong over to the People's Republic of China on July 1, 1997.
Watch an excerpt from the CBC's television news special of the handover, hosted by Ian Hanomansing: 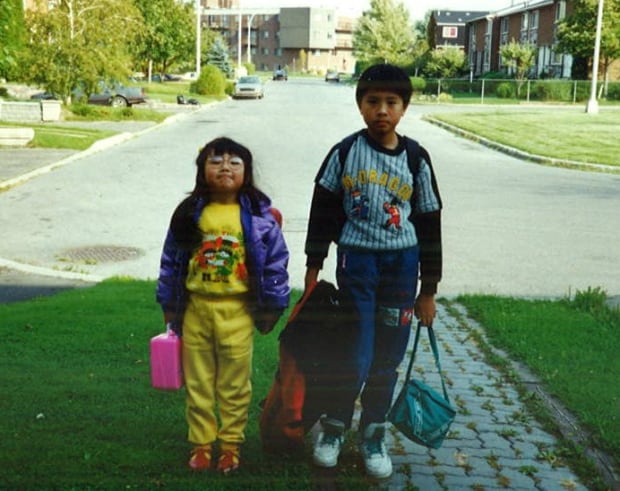 The CBC's Elaine Chau, age 6, and her brother Edmond, in the front yard of their Montreal house in 1992, the year the family moved to Canada from Hong Kong. (Elaine Chau)
Upon arrival, some immigrants bought and knocked down smaller homes in neighbourhoods like Kerrisdale, Shaughnessy and the West Side to build what were then described as monster homes.
Yu, however, said Hong Kong Chinese home ownership in the city helped make Vancouver more progressive.
"That's really one of the transformations that occurred," he said.
"Vancouver ... had a long history of being associated with racial segregation," he added, noting some neighbourhoods had housing covenants that disallowed non-white ownership.

That discrimination though, was pushed aside with the migration.
"That's what the Hong Kong Chinese broke," he said.
"Shaughnessy and parts of Kerrisdale used to have Chinese as servants but not as property owners so that's actually why that 'Hongcouver' moment in the 90s was such a break in the city."
Watch CBC reporter Eric Rankin explore the 10 year anniversary of the Hong Kong handover: CBC News BC
'It changed the city in profound ways'
00:00 02:16
'It changed the city in profound ways'2:16
Yu also said the Hong Kong Chinese helped bolster the private school system in Vancouver because many had sent their children to similar schools in Hong Kong, and sought them out once they arrived in Vancouver.
"But the Hong Kong Chinese actually transformed them," he said.
"They put their kids in, paid the money and went, 'how come they're not doing homework, how come they aren't better schools?' And so they actually made the private schools in Vancouver what they are now today."
While the Hong Kong Chinese also helped transform food culture in Vancouver, Yu said their arrival also bred resentment from others, including Chinese immigrants who preceded them.
However, Yu said he is celebrating the 20 years since the Hong Kong handover because much of the racism around the migration has at least been recognized.
"We've come a long way and we've acknowledged a lot of the uglier parts of our history," he said. "But they are our history."
Posted by Prof. Henry Yu at 9:39 PM No comments: