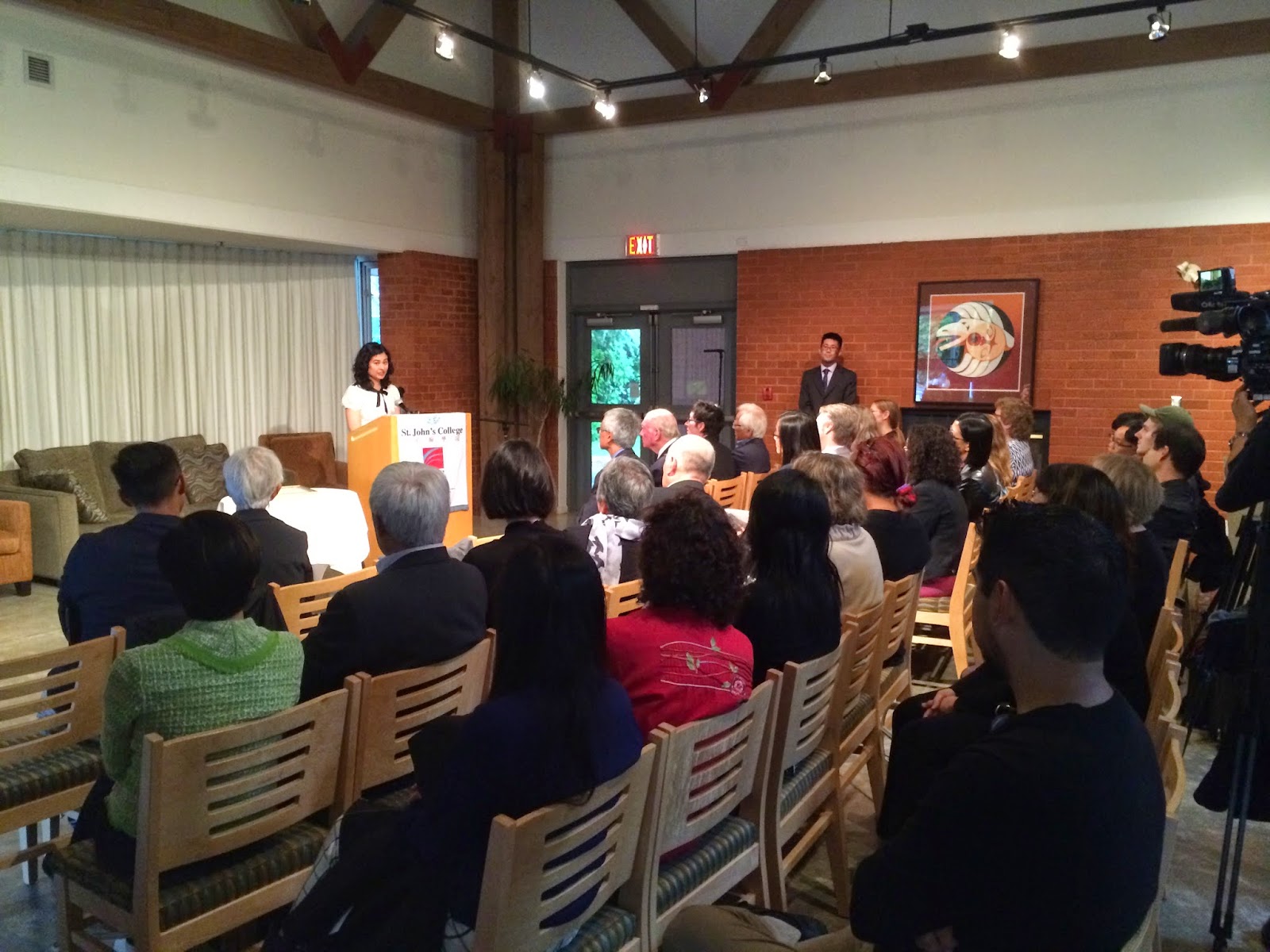 Delivered by UBC Student Carolyn Nakagawa at the Official Ceremony Honouring Dr. Henry Sugiyama as the First Student of the Asian Canadian and Asian Migration Studies Programme at UBC, September 23, 2014


If you’re wondering what my qualifications are for speaking here today (because I had to think about it myself), last year I co-coordinated a student-directed seminar on the Nisei poet and artist Roy Kiyooka, and I’m currently conducting a research project on the life and legacy of Nisei musician Harry Aoki. In 2012, my father, who is here today, was the alumni representative for the honorary degree ceremony for the students of ’42. So there’s been a number of coincidences that have brought me in contact with internment as an experience and a legacy in the two years since my grandmother passed away, that are indirectly connected to her own experience and my grandfather’s of forced relocation during the war.

The history I’ve been learning these past few years is the history of a generation – the wartime Nisei generation, whose experiences form a crisis point for Japanese Canadian history. My grandparents were among them, as were Roy Kiyooka, Harry Aoki, and Dr. Sugiyama. What this generation endured at the hands of the government has become what defines the entire history of the Japanese Canadian community, including how we experience it today. Learning about what happened, I feel like I’m uncovering things that have always been around me, in my own family, that I never properly noticed or understood. My grandparents never spoke about the war, or seemed to want to, to me or to their children. They didn’t seem to think it was important. But the more I read and learn, the more my understanding of my family and myself changes. I’ve realized that the fact that I am here – that I go to UBC and was born in Vancouver and grew up here, natural as it may seem – cannot be taken for granted.

For example, I keep coming across this explanation about Japanese Canadians not having the franchise before 1949, which meant not only that they couldn’t vote, but that they couldn’t be doctors, lawyers, politicians or pharmacists – and that always makes me pause, because my dad is a licensed pharmacist, and the registrar of the College of Pharmacists, which means he actually signs the licenses for all pharmacists in BC, and not only was that not possible for his father because he didn’t economically have access to that kind of education, but even if he had, it wouldn’t have been legal. I think it’s incredible that my grandparents came back to Vancouver after being chased into the interior. I think it’s amazing that, even while they put it behind them and acted like it wasn’t worth talking about, there were others in the community who fought for years until the government gave them compensation. And I’m very proud to belong to a tradition of people as hardworking as my grandparents and as committed to social justice as those who disagreed with them. I’m glad to be a part of welcoming Dr. Sugiyama today because I get to engage with that tradition and not just passively inherit it.

I say I inherit it because I am a fourth-generation Japanese Canadian, and learning about this history I do get the sense that it belongs to me, something I’m able to recognize even if I never knew it before. But I don’t think it’s only my inheritance. It’s the inheritance of everyone who chooses to live or work or study here because “here” is such a fraught and complex term. When I say “here” I mean Vancouver or the Lower Mainland or Canada or UBC in varying contexts; the more I learn about all the places I am in the more I realize that it took a series of atrocities and a series of incredible achievements to bring each and every one of us here. For me I think about the fact that this is Musqueam land, first of all, and my grandparents were forced to leave here in 1942 but they came back and my father was born here and went to UBC. And I am at UBC now, and it was never questioned that I would go here or that I have every right to be here. But that’s not to be taken for granted. Even with that, people look at my face and still don’t believe me when I say I am from here. As much as things seem to change, and do, the past doesn’t disappear. Dr. Sugiyama’s history with UBC may not have stopped him, but it hasn’t disappeared. We here today all inherit that legacy, and what we do with it is the question we’ll be asking in Asian Canadian and Asian Migration Studies.