On Sunday, April 22, the Mayor of Vancouver delivered a formal apology to the Chinese community of Vancouver at a Special Council Meeting held at the Chinese Cultural Centre in Chinatown. Over 600 people, many of them elders who had lived through the period for which the apology was being made, witnessed the apology being given in English, Cantonese, and Szeyup ("Four Counties") dialect, the language spoken by the majority of the Chinese in Vancouver prior to the 1960s.

The day's events went well, despite the logistical challenges of having so many people in Chinatown that day watching on a big screen at the Keefer Memorial and inside the David Lam Multipurpose Hall at the Chinese Cultural Centre. It was moving to see so many of the elders get emotional during the apology. I saw more than a few with tears in their eyes, including one of the surviving WWII vets when he was acknowledged by Lt. Col. George Ing, who spoke poignantly about their courage in volunteering to fight for Canada even though they had been denied so many rights that others enjoyed.

The apology was first and foremost for those elders who suffered through those difficult times, and so it was moving to see what it meant to them.

A wonderful article by Gordon McIntyre of the Vancouver Sun:


Imagine loving the country you were born in so much that you’re willing to sacrifice your life, if necessary, in its honour.
Imagine being turned down because of the colour of your skin.
The City of Vancouver took steps Sunday to atone for even worse injustices done to the city’s Chinese community, injustices that weren’t only formally condoned, but also actively pursued from Vancouver’s first council meeting in 1886 onward.
Following the lead of Parliament, the legislature in Victoria and city hall in New Westminster, Vancouver formally apologized for historical discrimination against the Chinese community at a special council meeting Sunday in the Chinese Cultural Centre.
“It’s a rightful and long-overdue apology,” retired Lt.-Col. George Ing said in response to Mayor Gregor Robertson’s lengthy and heartfelt mea culpa on behalf of the city and past councils.
Ing told the story of Chinatown residents volunteering to serve in the Second World War, despite being denied citizenship and the right to vote, only to be turned down on ethnic grounds.
“These were Chinese Canadians who were born in Canada,” he said. “They could not become professionals. They could not become a lawyer, a doctor, a dentist or a teacher. They could not go to a local swimming pool, in the theatre they had to sit in the back rows.
“They decided to fight for Canada and prove they were Canadians, but were rejected because they were Chinese. Can you imagine walking into a recruiting office, willing to fight for Canada … to fight for the country you live in and being rejected?”
Robertson spoke of how the first half of Vancouver’s history was awash in official and systematic racism, prejudice and discrimination directed at Chinese-Canadians.
“And yet for 60 years, rather than standing up against the injustice of racism, many of our elected officials, including mayors and councillors, used the legal power of the city to enact and expand laws targeting Chinese residents,” Robertson said.
Point by point, the mayor listed grievous actions taken by city hall to deny Chinese-Canadians basic human rights, the right to vote chief among them: “No Chinaman or Indian shall be entitled to vote in any municipal election … ”
Those rights weren’t granted to Chinese-Canadians in Vancouver until 1949.
Families were split apart thanks in part to Vancouver lobbying the federal government to prevent Chinese from moving to Canada; people with Chinese ancestry couldn’t got a job with, or do business with, the city until 1952; Chinese-Canadians were restricted as to where they could live or run a business.
“The elected officials of the City of Vancouver used their role as leaders to sow the seeds of intolerance that emboldened individuals and groups to act upon anti-Asian discrimination,” Robertson said. “I rise today to acknowledge the darkness and suffering that anti-Chinese policies and legislation caused and to vow that never again will mayor and council stand aside in the face of racism.
“This is our responsibility in light of our dark history. This we owe today and tomorrow to those who suffered the effects of the legalized discrimination of yesterday.”
There were more than 600 people crammed, standing-room-only, into the hall inside the cultural centre for the special meeting, including Members of Parliament, the legislature, Vancouver school board and the Vancouver park board.
Among the 60 media passes that were issued were at least 20 to outlets from China, a spokeswoman said, and an overflow crowd watched proceedings outside on a big screen.
“This was not about pushing an apology out the door,” said Coun. Kerry Jang, who spearheaded the move for an official city apology. “Today was an important step for us as a Chinese community, to get some closure for a piece of history that should not be forgotten, otherwise it may in fact be repeated. That is the main message we take-away.”
Premier John Horgan released a note saying the apology was necessary and important in recognizing, remembering and condemning the historic discrimination faced by the Chinese community in Vancouver.
The legislature issued an apology of its own in 2014, citing 160 specific anti-Chinese policies enacted at the provincial level.
There is a saying that if you want an oak tree, the best time to have planted an acorn was 30 years ago. The second best time is today.
“We cannot undo historical injustices,” said Hilbert Yiu, president of the Chinese Benevolent Association. “Let’s make sure we do not repeat them.”
gordmcintyre@postmedia.com
twitter.com/gordmcintyre

Some other media coverage:

It was a privilege to be a member of the City of Vancouver's Historical Discrimination Against Chinese Peoples advisory group that helped city staff with the research and consultation process over the last two years that led to the apology, and credit must go to Councilor Raymond Louie for serving as the Chair, and Wendy Au, Baldwin Wong, and other staff who did such a wonderful job with the consultation process and the report (linked here). 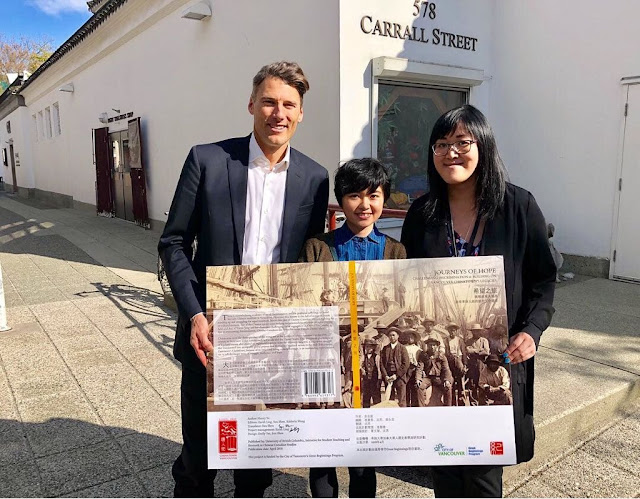 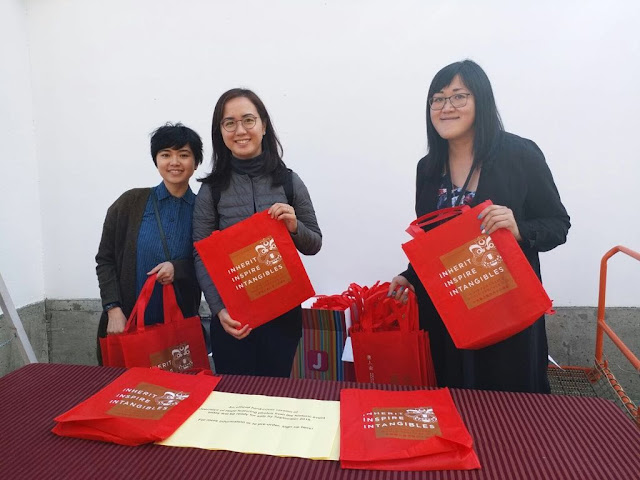 I was also honoured to have had a hand in helping write the draft apology, and for being part of the group that produced the book that was given out to commemorate the day. Sarah Ling, Szu Shen, Emily Tso, Baldwin Wong, Fenella Sung, Wendy Au, John Atkin, George Ing, Hayne Wai helped create an amazing bilingual Chinese/English book in a short time, and credit goes to them as well as those such as Denise Fong and Joanne Poon who helped create and translate some of the text used from the Chinese Canadian Stories web portal.
Posted by Prof. Henry Yu at 9:48 PM